wsgs The Strokes and Thundercats

The 2022 tour marks the return of guitarist and all-around cosmic musician John Frusciante to the group, and the band's first-ever stadium tour in the U.S. Red Hot Chili Peppers will perform their career-spanning hits as well as new music from their forthcoming 12th studio album and their first with Frusciante since 2006's "Stadium Arcadium."

Red Hot Chili Peppers have been around for nearly four decades and they have never been more thrilled, bursting with commitment and purpose, as they are regarding this upcoming tour. They have no interest in resting on past accolades, awards, or commercial success; this is a mission. They intend to channel the most-mighty spirits and give everything they have on this tour. 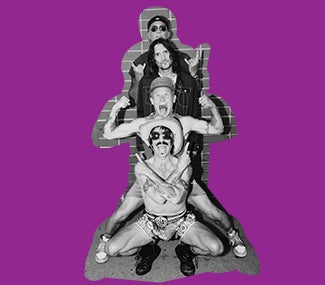