The Guardians are ready to take the field

The XFL is coming to Orlando and they have chosen Camping World Stadium to be the home of the Orlando Guardians.

"We could not be more excited to unveil our new team identities. Countless hours of creative sessions and collaboration went into bringing these team brands to life. Each team’s identity represents the fabric of their local community while also embodying the XFL’s vision and ethos: they are authentic, dynamic, modern, and unapologetically bold," Dany Garcia, Chairwoman and Owner said. "We can’t wait to see our XFL fans representing their favorite XFL teams this upcoming season.”

The XFL chose Terrell Buckley, who is no stranger to football, to be the head coach of the Guardians.

Buckley is a 14-year NFL veteran and Super Bowl XXXVI Champion. Selected fifth overall by the Green Bay Packers in the 1992 draft, he went on to play for the Miami Dolphins, Denver Broncos, New England Patriots, New York Jets and New York Giants. 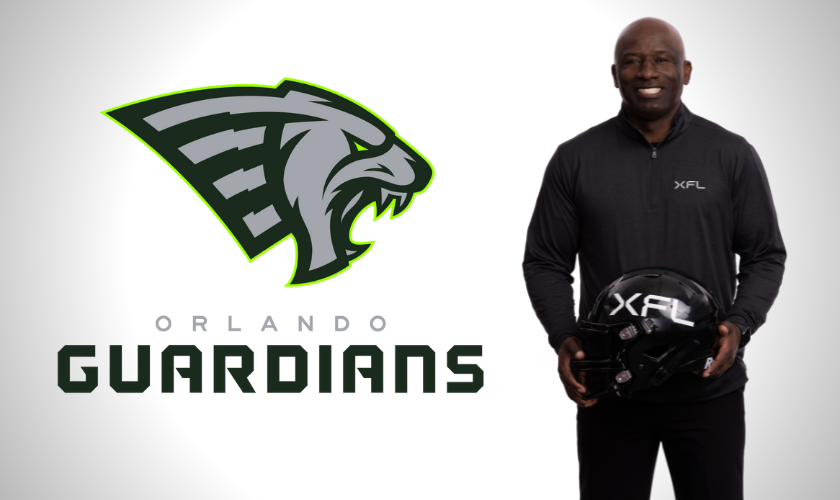 In 2019, Buckley was inducted into the College Football Hall of Fame.

“I am back in the Sunshine State to lead the way with smart, fast, and fearless football for our fans,” Buckley said. “Visiting teams better prepare for a sea of green guarding over Camping World Stadium."

When asked what he liked most about the Sunshine State, Buckley said:

“What’s not to love about Florida? With the sun shining and the fearless attitude that the players are going to bring, we’re going to add a lot of excitement for Floridian football lovers.”

The XFL kicks off at Camping World Stadium February 18, 2023, in partnership with its new, exclusive broadcast partner, The Walt Disney Company and ESPN.

"I want to see fans come out and show us some love at Camping World Stadium," Buckley added. "We’re going to leave it all out on the field for our fans."