The 2020 Cure Bowl at Camping World Stadium features No. 12 Coastal Carolina and No. 23 Liberty. Kickoff for the sixth-annual Cure Bowl is Saturday, December 26, at 7:30pm and will be televised on ESPN.

This bowl game has helped to put Orlando at the center of some of the world’s greatest advancements in cancer science. Since 2015, the bowl has raised a collective $3.8 million. Almost $1 million of the funds raised have gone to Dr. Annette Khaled, professor at the UCF College of Medicine’s Burnett School of Biomedical Sciences and head of the medical school’s cancer research division. 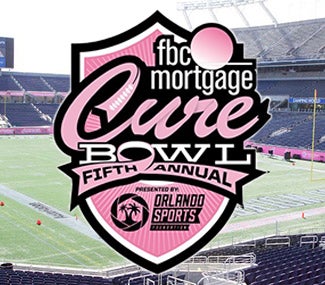